Before I start talking about some of the exciting things people can do in Qatar during the World Cup, I will write a short introduction about Qatar for those who are not so aware of this amazing little country

Qatar is a small country with a population of around 3 million people. The country has over 200 nationalities, with many from India, Pakistan, Bangladesh, and Nepal.

The Qatari people are very welcoming and friendly. English is widely spoken in Qatar and most signs are written in English as well as Arabic.

It is a small country in the Middle East that has many things to offer for tourists and locals alike. Qatar has established itself as an international trade hub with its seaport, airport, and position on major trade routes in the region. This makes Qatar an attractive destination for both business and tourism.

This article is about some of the most exciting things to do in Qatar during the World Cup.

The World Cup is a major event in Qatar and the country is doing its best to make sure that visitors have a great time. There are different cultural events, sports venues, and many other things to do.

Qatar is a tourist destination that tourists can visit during the World Cup. Visitors can enjoy the beautiful beaches of Doha, explore the modern city, visit museums and galleries, and even go shopping in one of the largest malls in Qatar.

The 2022 FIFA World Cup is taking place in Qatar, and it’s a good idea to start planning your trip now if you are already in Qatar enjoying the matches, apart from that you can do some amazing activities as well as watch the games.

And if you are planning to visit Qatar later on. This article will still provide you with some interesting ideas on what you can do while there.

Exciting things to do in Qatar during the World Cup:

The festival is free and open to everyone. It is a chance for people of all ages to get together and enjoy the football atmosphere.

The festival will provide visitors with an opportunity to experience football like never before: they can enjoy interactive games and activities, try their hand at virtual reality football and get up close to FIFA World Cup™ Trophy.

The festival will include live music, food, merchandise, games, and more. There will also be an opportunity for fans to meet with their favorite players from the past and present.

To add to the pleasure across the tournament (and add a range of amusing things to do in Doha at some stage of the world cup), the FIFA Fan competition will also play host to a fans’ cup. Teams will be made up of supporters from all 32 competing teams, and the 5-a-side tournament will observe the same format as the World Cup.

The Hayya Fan Zone is a multi-purpose sports and entertainment venue in Doha, Qatar. It is the first of its kind in the country and hosts international sports events as well as concerts and other live performances.

A second fan quarter has been set up on the Lusail Marina prom, whole with an outside ice skating rink. The family-friendly venue can host up to 3500 fans at a time, and you can assume Swan Lake and the sleeping Beauty ice ballet shows.

In Doha, the Arcadia Spectacular dance music festival will be held close to Ras Bu Fontas metro station, which is hosting up to fifteen thousand fans every day. More than one hundred international artists and fifty local talents may be appearing throughout three stages.

As if that wasn’t a sufficient song to satisfy you, the Daydream pageant can also be coming returned to Qatar to feature your activities in Doha in the course of the sector Cup list. First held in Qatar in 2019, this year’s occasion will see artists such as Armin Van Buuren, Tiësto, Alesso, Dimitri Vegas & Like Mike, Alok, Timmy Trumpet, predominant Lazer Soundsystem, Nervo, Jonas Blue, Paul Van Dyk, Ferry Corsten and Nicky Romero carry out at Doha Golf Club.

House and techno enthusiasts, get excited, due to the fact MDLBEAST is coming to Al Wakrah for the arena Cup. 56 artists can be performing over the 28 days, with headliners along with Fatboy slim, Calvin Harris, and David Guetta. As many as five,000 fanatics may be able to attend every one of the nightly raves, and you could e-book your tickets now.

Popular stay tune venue The outside can be open every day throughout the tournament. The line-up consists of more than 50 artists from across the globe, including CARAVAN DREAM, The Chickpeas, principal fifth, Mariachismo, nighttime Queen, The Cuban venture, track vending system, tornado, Jay Psar, DJ Bob, DJ DADO, and FARHAN.

The purpose of this event is mainly to encourage people from Qatar and from around the world to come together, whether they are fans of football or not, and share their love for this wonderful game.

The 2022 World Cup in Qatar is taking place in eight different stadiums, with four of them being newly constructed and four of them being renovated versions of previous stadiums. The stadium designs were generated using a combination of human input, computer-generated 3D models, and artificial intelligence (AI).

Because of Qatar’s excessive summer warmness, this global Cup is being held during November and December. It’s far being played in a discounted time-frame of 29 days. Sixty-four matches are being performed in 8 venues throughout five different cities in Qatar.

The Qatar national team has been playing since 1972 and has never qualified for the World Cup finals.

The matches for each group had been allocated to the subsequent stadiums:

Post Views: 400
Spread the love if you liked my blog
3
Shares 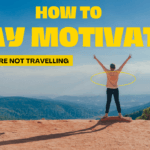 How To Stay Motivated When You’re Not Travelling 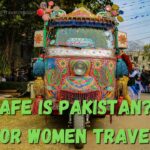 How Safe is Pakistan? Tips for Women Travelers 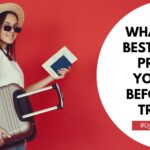 What is the Best Way to Prepare Yourself Before You Travel?